Bats are found on every continent except Antarctica and some remote islands. Save for caves, they also inhabit hollows in old trees, bridges and abandoned buildings, and even lofts and basements. A whole bat colony could fit together even in structure joints of apartment buildings.

People normally consider bats cave dwellers; indeed, the greatest masses of individuals are found in caves. During the winter months in Europe the number of individuals in a single cave can reach up to 60 000. The small mammals have the habit of huddling tightly together to preserve their warmth; up to 2 000 bats can squeeze together on a single square metre!

Have you heard of the greatest bat colony in the world? Every spring Mexican free-tailed bats fly from Mexico to Bracken Cave, Texas, USA, where they raise their young. The journey is 1 600 km long! Once there, every evening almost 20 million bats leave the cave to feed; the cloud of flying silhouettes draws magical shapes against the sunset-lit skies for more than three hours! This is one of the greatest congregations of mammals in the world.

The biggest bat colonies in Bulgaria were registered in the Parnitsite Cave, Dyavolskoto Garlo Cave and Devetashkata Cave. In extremely cold winters the water cave Parnitsite cave accommodates a colony of four species of bats with numbers exceeding 41 000 individuals! And every winter nearly 35 000 bats from five species await the arrival of spring in the Devetashkata Cave… that is, unless they are disturbed by the Hollywood cameras. The greatest concentration of bats from a single species, however, has been registered in the Dyavolskoto Garlo Cave – more than 35 000 Schreiber’sbent-winged bats spend the cold months there!

Forest bats can also spend time in caves. However, the typical habitats in which they live and breed are hollows and loose bark in old trees. A single hollow can hold a colony of approximately 50 bats. Abandoned nestboxes for birds also offer shelter for the flying mammals of the forests. 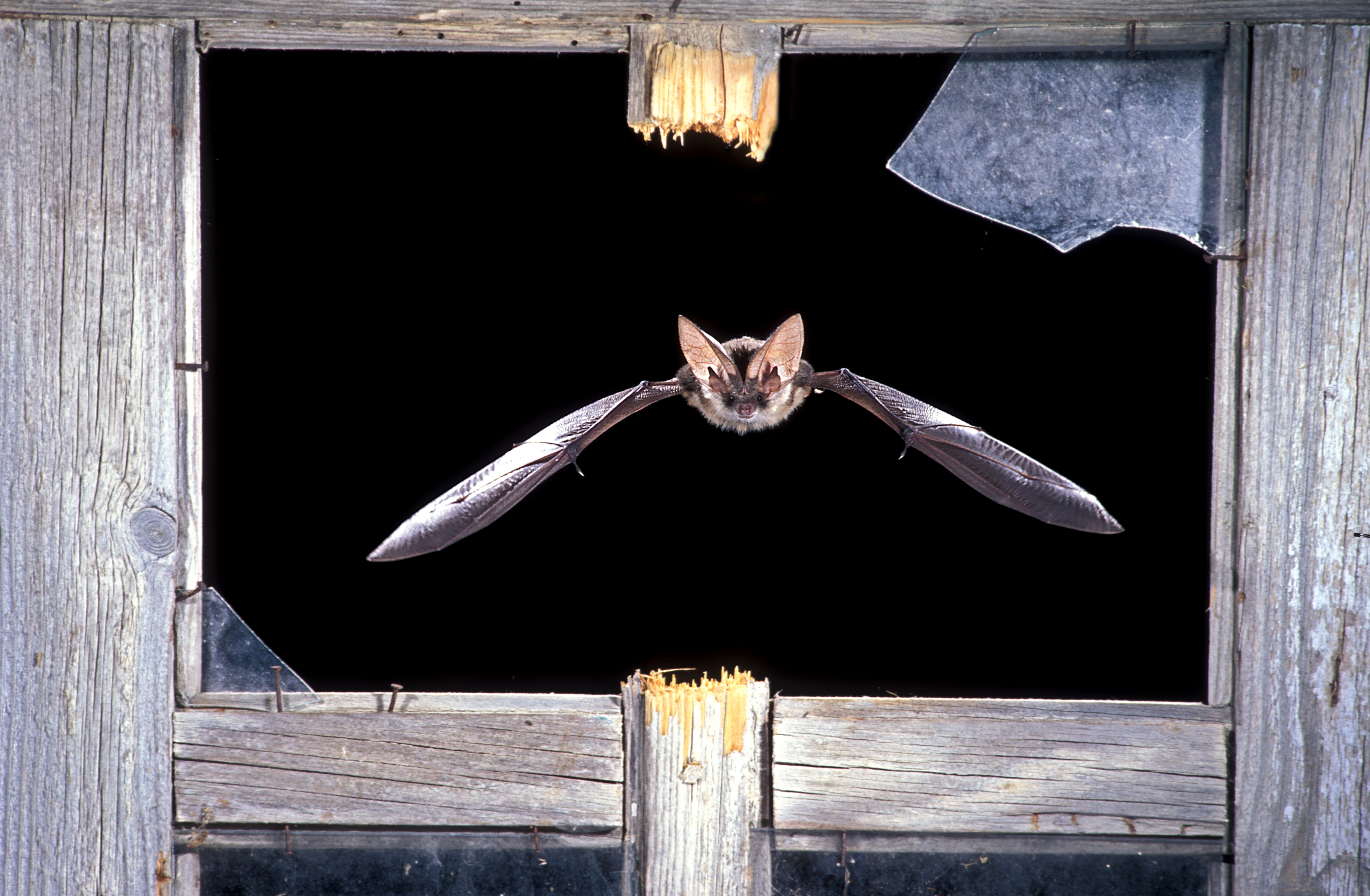 Synanthropic species of bats could be closer than you expect – they would readily occupy any man-made shelter that would grant them peace during daytime or during their hibernation! Every summer evening the residents and guests of Austin, Texas, enjoy an extraordinary spectacle: more than a million Mexican bats leave their roost under one of the bridges in the very centre of the town! So, be prepared – some day you might discover that you have unexpected tenants in your abandoned loft – dozens of flying mammals!

Bats are exceptionally shy creatures and they have evolved diverse,amazing adaptations to make waiting for the arrival of night undisturbed easier and safer. And they do so in the weirdest places. The tropical banana bats find shelter in the funnel of the still rolled-up terminal leaves of the banana plant, and the Honduran white bats construct ‘tents’ from leaves by chewing through the base of the leaves and bending them to make a shelter. But you do not need to travel great distances to exotic destinations for a peek into the mysterious world of bats – it might be enough to go to… your own basement!