A gummy bear weighs as much as an average bumblebee bat – one of the smallest mammals in the world. In contrast, its huge relatives, the “flying foxes”, have a wingspan which can exceed 1.8 meters! 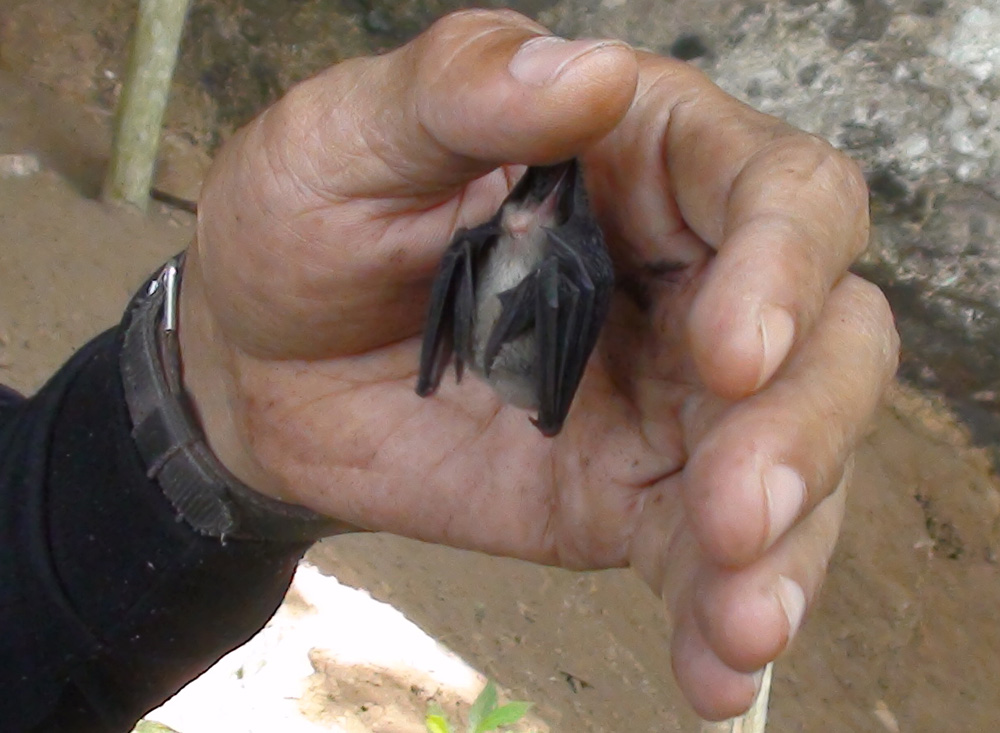 The bumblebee bat is found in the western parts of Thailand and in south-east Burma close to the border with Thailand. The species prefers to live in karst caves set in bamboo forests where it hunts insects and some species of spiders. Its long, wide wings allow it to hover like a hummingbird among the tops of the bamboo trees.

Bumblebee bats are considered among the smallest mammals in the world. The total length of their body is about 3 cm – precisely as long as a large bumblebee, hence the name of the bat. Adult individuals weigh between 1.7 and 2 grams – same as a gummy bear!

According to the IUCN Red List of Threatened Species the bumblebee bat has a vulnerable status. Not more than 5 000 individuals of the species survive in the entire world! As soon as the species was discovered for science in 1974, it was pursued by collectors and tourists who wanted to see the smallest species of mammal in the world, or even worse – to take a specimen for their collection. At present the main threats for the species are forest fires in the vicinity of its caves and disturbance in its roosts.

The biggest flying mammals in the world are several species of fruit- and nectar-eating bats from the family of the so-called “flying foxes”. The name of the family comes from their fox-like appearance; they live in tropical and subtropical regions of Asia, Africa and Australia.

Flying foxes have big eyes and well-developed sense of smell and in contrast to insect-eating bats they navigate and search for food using their eyesight and sense of smell, and not echolocation.

There are more than 170 species of flying foxes and they all feed exclusively with plants; nearly half of them do not live in caves and underground roosts but prefer to hang on branches high in the tree tops. Such behaviour is more typical for birds but flying foxes do not nest there – they give birth and suckle their young, which like the   rest of the baby-bats stay attached to their mothers until they are old enough to fly and feed on their own.

The giant golden-crowned flying fox (Acerodon jubatus) is found only in the forests of the Philippines, and the large flying fox (Pteropus vampyrus) is distributed from Madagascar to Australia, as well as in continental Asia and in Indonesia. These are the largest species of bats in the world with a wing span of 1.8 metres and weight of more than 1.5 kilograms!