Also known as “hand-winged”, bats are the only mammals capable of active flight – just like birds. However, bats give birth to their young and suckle them. Another difference is that their body is covered with fur, not feathers.

What is the difference between the flight of bats and birds and that of… say, Batman?

Or, more simply, what is the difference between sustained flight and gliding? 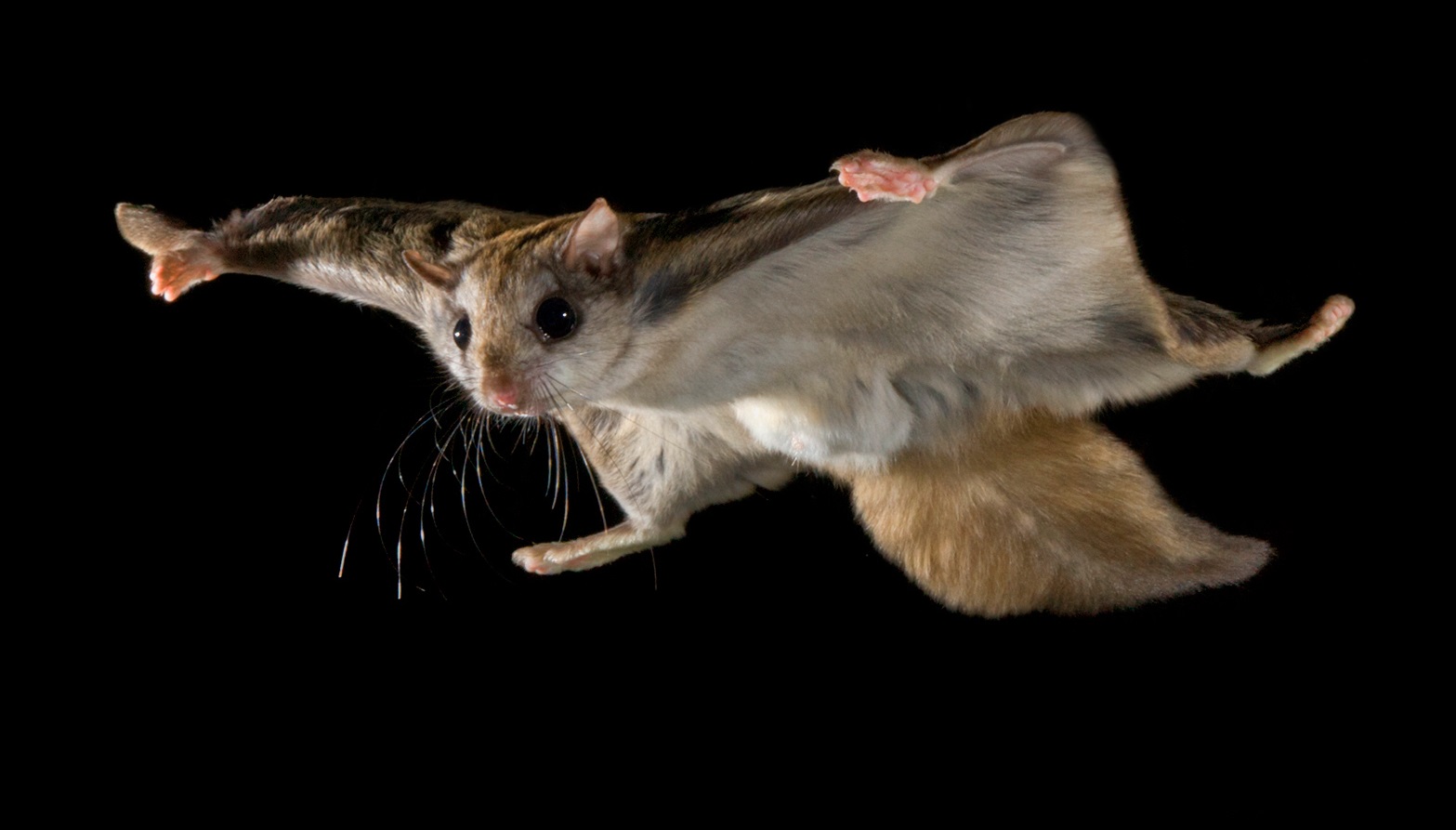 Animals that are capable of sustained flight can start their flight from a static position and move voluntarily in the air in the chosen direction by flapping their wings. They do not depend on air currents because they create the necessary propulsion themselves – spending energy in the process. Their flight lasts until their physical strength is depleted. Active flyers can control the speed and altitude of their flight?  All of this makes sustained flight the most energy-consuming way of movement!

Gliders use air currents or controlled falling in order to glide in the air. They need to start from an elevated point and then simply only control their trajectory and the angle at which they ‘fall’; they do so by a variety of adaptations of their bodies. However, they cannot fly at a certain altitude or speed voluntarily and when they land, they cannot raise themselves in the air again. Therefore this method of air movement is effective over relatively short distances only.

Sustained flight is a costly way of transportation. Only three groups of animals are ready to pay the price:

Although it is energy-consuming, sustained flight is the most effective way of movement – animals can travel a maximum distance over a minimum period of time. Therefore it is no surprise that active flyers are among the most prosperous groups in the animal kingdom:

Two groups of active flyers – bats and birds – share their diet to a great extent; the majority of both feed on fruit and on the third flying group, the insects. Nevertheless they do not compete with each other for food as they have “divided” the air space – birds are active mainly during the day, and bats – during the night. Due to that the flying mammals are sometimes called “night birds”.

The totality of bird species form a separate class in the animal kingdom – class Aves. Bats, on the other hand, fall into the class of mammals together with animals like mice, dolphins, elephants and us, humans. They are mammals that can fly like birds and this makes them unique in the whole animal kingdom!

The great majority of birds are capable of sustained flight, although some species have lost this ability, like the ostriches, cassowaries, emus, kiwis and penguins.

Bats are the only mammals capable of sustained flight!

→ Birds have a body covered with feathers and beaks without true teeth. They reproduce by laying and incubating eggs in a nest. After the eggs hatch, birds raise their young in the nest.

→ Mammals have a body covered with fur or hairs and mouths with true teeth. The young develop in their mother’s uterus and after their birth the mother supplies them with milk and looks after them during the early stages of their lives.

The wing of the bat has the same structure as the human hand – it has four fingers and a thumb; between these, however, there is an elastic skin membrane! Due to a greater freedom of movement in their wing joints, the wings of bats are much more flexible which allows for a much higher maneuverability in comparison with birds.