Newborn bats are utterly helpless and learn how to fly on their own about a month after their birth. During the breeding period females in large colonies often form the so called “nurseries” where mothers take turns to babysit the young. 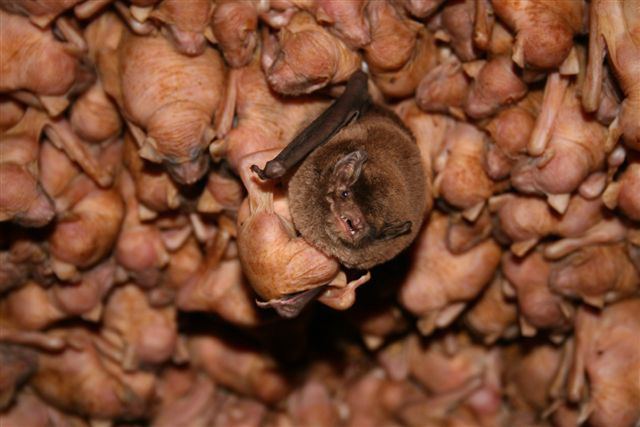 At the latitude where Bulgaria is located female bats give birth and raise their young in the period 15th May – 30th July. Newborn bats attach themselves to their mothers and are carried around and nursed until the time comes for them to learn how to fly.

In big breeding colonies huge gatherings of baby-bats can be found; they are known as “nurseries” where females look after the young collectively. Clinging to the cave walls, the baby bats patiently wait for the return of their mothers. When a female comes back to the roost, she finds her young faultlessly among the moving multitude. Once the two reunite, the baby attaches itself to her to feed.

The young bats in the “nurseries”, as well as those carried by their mothers, are highly vulnerable. In case of chaos and panic in the colony the youngsters can easily lose their grip and fall down, resulting in their inevitable death. In case of repeated or excessive disturbance the colony can leave their roostputting the survival of the entire new generation at risk.