Generally bears are inactive in winter but still they occasionally wake up from their sleep, while bats slow down their metabolic activity to a much greater extent, falling into a state called “hibernation”. When active, the Greater Mouse-eared Bat takes a breath every 6 seconds, and in flight its heart rate can reach up to 880 beats per minute! In deep hibernation, however, the heartbeat rate slows down to the shocking 18 beats per minute, and up to 90 minutes can pass between two breaths! 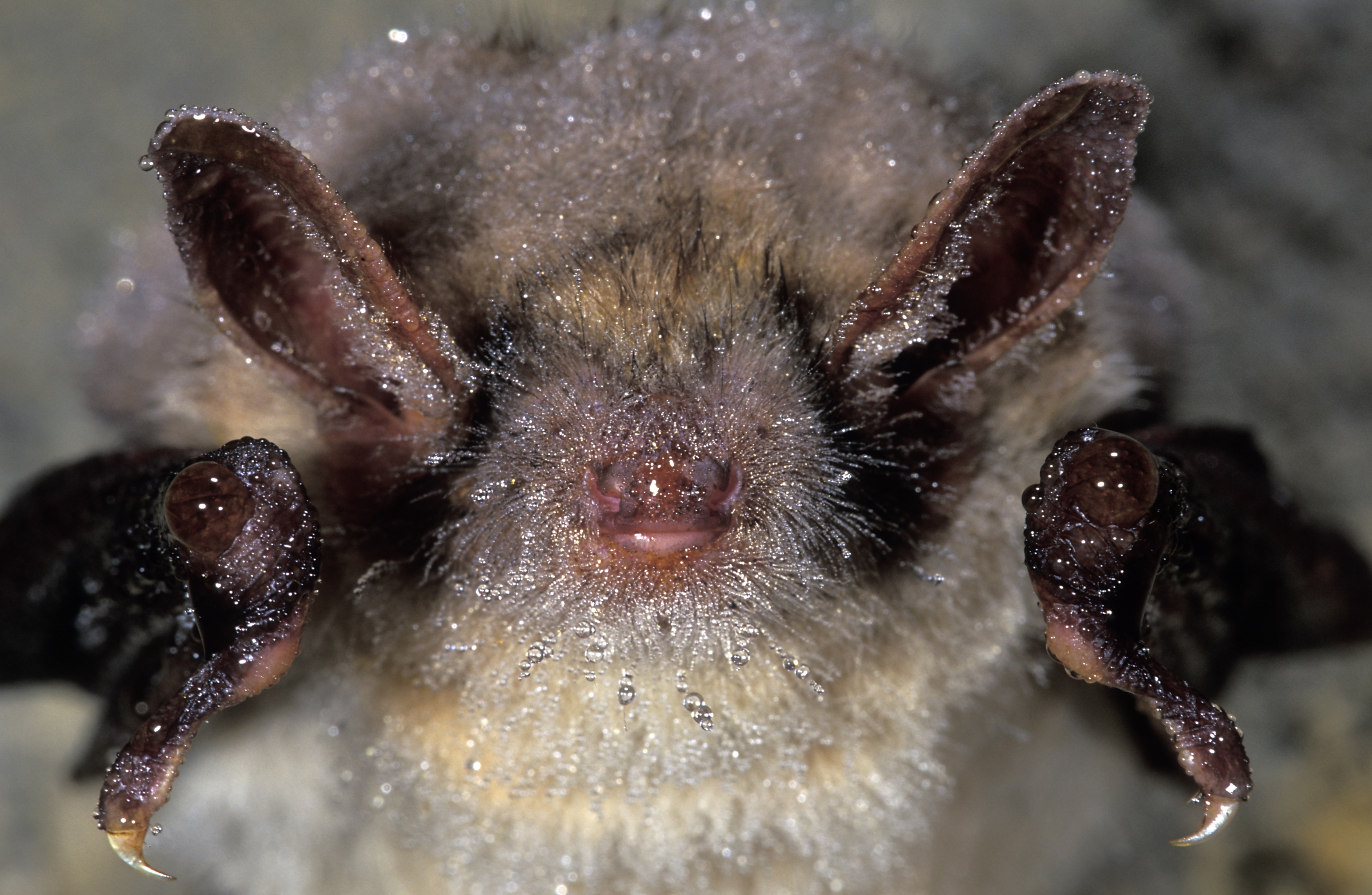 Bats are the only mammals on the planet capable of sustained flight and as such they need an enormous amount of energy. All European species are insectivores with the exception of the Egyptian fruit bat which can be found on the island of Cyprus. In winter bats can no longer count on their major source of energy– insects, as they are not active. The flying mammals solve this problem by falling into a state known as “hibernation”.

Hibernation – which literally means “spending the winter” in Latin, – is a metabolic state of the body which is different from the one in which bears spend the unfavourable cold months before spring. During hibernation bats depend entirely on energy reserves that they gathered before the onset of winter. These are sufficient to maintain suppressed vital functions and allow undisturbed hibernation for several months.

If bats are disturbed during the period of hibernation (between 1st December and 31st March), they spend a substantial part of their reserves to restore their body temperature and to speed up their vital processes in order to leave their winter roost. Once outside, however, they cannot restore the energy spent, since insects – their food – are not available in winter. In other words, disturbance poses a serious risk of death from exhaustion to bats!

Before going into hibernation, bats eat a lot and start looking for the right roost – one that offers good protection from predators and has a relatively stable temperature and humidity.

Temperature in the winter roosts of bats usually varies between 2 – 13 degrees centigrade depending on the particular species. One of the reasons for bats to form huge colonies in winter is the cold. By pressing against each other the animals are able to preserve their body warmth. More than 2000 individual bats may huddle on a single square metre!

The high humidity of the roost is also very important for the hibernating mammals, as it prevents dehydration. Besides, the small water drops that form on the bodies of the bats in the humid environment serve as additional insulation and further diminish the loss of body warmth.